Among many updates coming to iOS 15, Apple Maps will receive a number of upgrades that will bring more detailed maps, improvements for transit riders, AR experiences and other changes to the platform. The improvements build on the new map Apple begin rolling out two years ago, which had focused on offering richer details, and — in response to user feedback and complaints — more accurate navigation.

Since then, Apple Maps has steadily improved.

The new map experience has since launched in the U.S., U.K., Ireland and Canada and will now make its way to Spain and Portugal, starting today. I will then arrive in Italy and Australia later this year, Apple announced during its keynote address during its Worldwide Developer Conference on Monday. 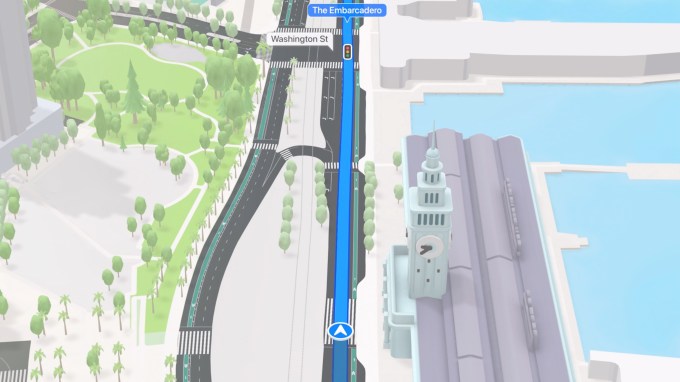 In addition, Apple said iOS 15 Maps will include new details for commercial districts, marinas, buildings, and more. Plus, Apple has added things like elevation, new road colors and labels, as well as hundreds of custom designed landmarks — for example, for places like the Golden Gate Bridge.

Apple also built a new nighttime mode for Maps with a “moonlit glow,” it said.

For drivers, Apple added new road details to the map, so it can help drivers as they move throughout a city to better see and understand important things like turn lanes, medians, bus and taxi lanes, and other things. The changes are competitive with some of the updates Google has been making as of late to its own Google Maps platform, which brought street-level details in select cities. These allowed people — including those navigating on foot, in a wheelchair, on a bike, or on a scooter, for example — to better see things like sidewalks and intersections.

Apple is now catching up, saying it, too, will show features like crosswalks and bike lanes.

It will also render things like overlapping complex interchanges in 3D space, making it easier to see upcoming traffic conditions or what lane to take. These features will come to CarPlay later in the year. 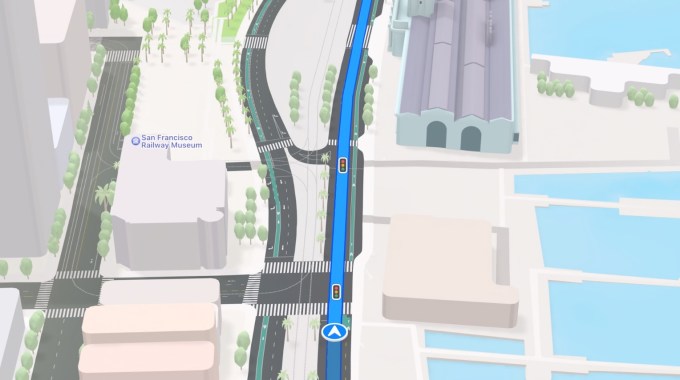 For transit riders, meanwhile, Maps has made improvements to help users find nearby stations.

Users can now pin their favorite lines to the top, and even keep track on their Apple Watch so they don’t have to pull out their phone. The updated Maps app will automatically follow your transit route and notify you when it’s time to disembark, making the app more competitive to third-party apps often favored by transit takers, like Citymapper, for instance. 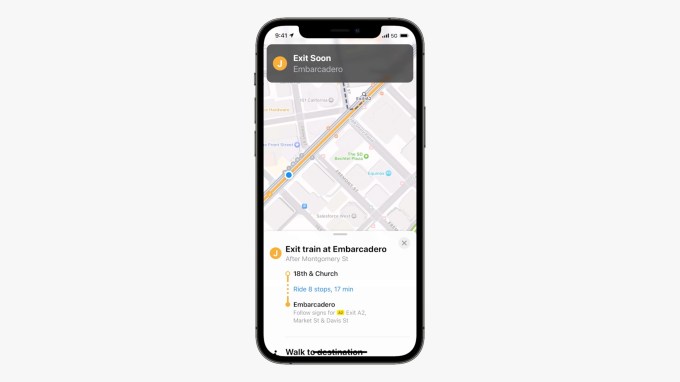 When you exit your station, you can also now hold up your iPhone to scan the buildings in the area and Maps will generate an accurate position, offering direction in augmented reality. This is similar to the Live View AR directions Google announced last year.

This feature is launching in select cities in 2021 with more to come in the year ahead, Apple said. 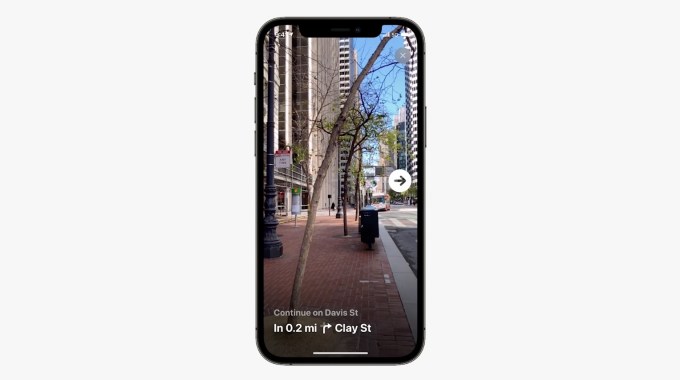