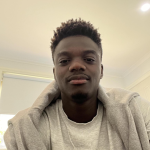 House Democrats have written a letter to Attorney General Merrick Garland urging the Justice Department to reverse its decision to represent Donald Trump in a defamation lawsuit brought by E Jean Carroll.

Carroll, a writer with the Atlantic and advice columnist, accused Trump of sexually assaulting her in a Manhattan department store in the 1990s. Trump responded by claiming she lied about the incident to sell a book, saying she was “not my type”. Carroll sued for defamation, and Trump loyalist William Barr stunned the legal world by substituting the Justice Department for Trump in the suit, saying that he denied the accusation in his official capacity as US president.

In a new executive order today, Joe Biden withdrew a series of orders issued by Donald Trump that sought to ban new downloads of WeChat and TikTok.

If you’ll recall, Trump issued orders in August blocking these Chinese-owned apps from being downloaded after 45 days, saying it was in the interest of national security due. He later said in another order that TikTok would face a complete ban if it did not sell to a US company by 14 November.

Idaho Republicans The far right US news US politics

Jun 9, 2021 Admin
Democrats US Congress US news US politics US Senate